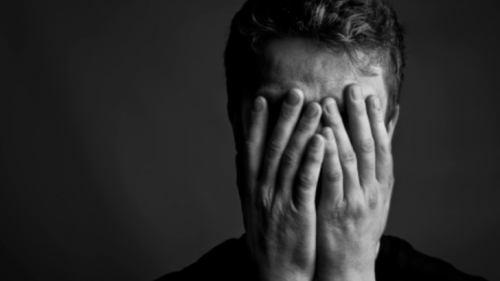 I graduated from the University of Northampton as a Criminology student in July 2016 and not a day goes by where I don’t miss studying. I miss everything about the University experience, from the lectures and seminars, to the countless hours spent working in the library. One of the positive things about being a graduate however, is that any time spent scrolling through social media or binge-watching a Netflix series is guilt-free. There is no dissertation to write or any exams to revise for any more, meaning you can enjoy your leisure time without the dreaded guilt that you’re not spending your time productively. I have, admittedly, taken this privilege too far, and spend far too much time on my phone. Bizarrely, I spend a lot of my time scrolling through comments on social media posts, even when I know there are bound to be comments which will annoy me.

For instance, last month, a video clip from ITV’s ‘This Morning’ emerged on Twitter and Instagram, in which Phillip Schofield and Holly Willoughby interviewed a young male who had suffered as a victim of domestic violence at the hands of his female partner. He revealed how he had been starved, physically and mentally abused by his girlfriend and that his injuries were so severe, they were almost fatal. What was really encouraging to see, were the hundreds of supportive comments left by people online. The majority of people were praising the man for his bravery and recognised that there needs to be much greater awareness for male victimisation. Sadly, the comments that caught my attention were “what a wimp” and “…he shoulda manned up sooner!”. These comments really riled me, as for my own dissertation, I interviewed an organisation specialising in support for male victims of domestic violence. It was shocking to discover the challenges the organisation face in terms of securing public funding, professional support, and most importantly, encouraging male victims to come forward and seek help. One of the over-arching themes which emerged was that men are still very reluctant to seek help, largely due to embarrassment and fears of being ridiculed. There is still a societal perception that men should be able to deal with problems by themselves, and that if they are unable to, they must be “weak”. It is for this reason that these particular comments left by strangers online infuriated me so much. Quite simply, domestic violence is a human issue, not just a gender one. Not only this, but these few words have the potential to be extremely damaging and may deter men who are suffering in silence from getting the help they need.

Over two years have passed since I carried out my research on this topic area and I am still very passionate about it. I have nothing but admiration for the young male on ‘This Morning’ and am hopeful that his bravery will encourage other male victims to seek help. I also hope that the positive comments online will always overshadow the thoughtless, negative ones. Help is out there and no victim, regardless of their gender, should be discouraged from seeking it.