Home » Crime and Society » Emotions and reason in criminal justice – or facts vs conspiracy?

Emotions and reason in criminal justice – or facts vs conspiracy? 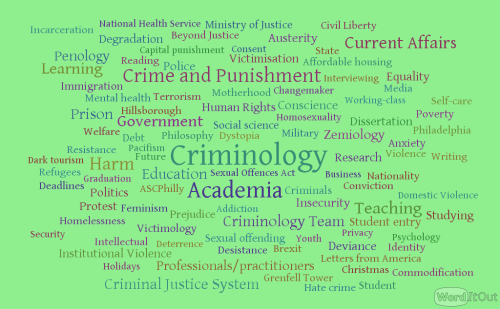 I was watching a You Tube clip from Channel Four news (see https://www.youtube.com/watch?v=eUYPGNvsHXk) about the Tommy Robinson contempt of court case. It provided an explanation of the law, the justice system, and why the case is not as claimed, an example of the repression of free speech, but simply, the processes of justice working as they should. It is a clear and dispassionate account explaining that Tommy Robinson has not been ‘disappeared’ but has simply been jailed for contempt of court, to which he pleaded guilty. Tommy Robinson currently presents himself as an independent reporter – well not currently, he is serving his sentence, but you know what I mean. Prior to this he was leader of the English Defence League and a reporter for ‘Rebel Media’, a Canadian far right online political commentary media site, described as a ‘global platform for anti-Muslim ideology’.

He then re-invented himself to his most recent role of independent reporter, which for him became a mission to report on cases of serious sexual assaults committed by Asian men, whether the court had placed reporting restrictions on the case or not. This was seemingly for him, a way to ensure a conviction, to influence juries about defendants and secure justice for victims. The incident which led to his imprisonment occurred when he posted a Facebook live commentary on a case, which had reporting restrictions. He was arrested for breach of the peace, it transpired that his activities also meant he was in contempt of court, which given he was already on a suspended sentence, led to his jail sentence of 13 months. The outrage focused on the fact that Robinson was arrested and jailed within one day, there were claims he had no legal representation and that this was a repression of free speech. The Channel 4 news report points out the facts. Contempt of court has to be dealt with quickly, as it threatens to derail trials, at great cost to the taxpayer and those seeking a fair trial and for justice to be done. As well as pleading guilty, Robinson knew, as a reporter, he should follow the laws on reporting restrictions. The report emphasises the consequences of derailing the trials, and therefore that his intentions to secure justice are misguided.

This case and this report highlights one of the great challenges for our justice system, that the laws and processes in place to support victims, uphold rights of defendants and witnesses and secure justice are frequently misrepresented and misunderstood. The explanations of the law in the report are clear, concise and easy to grasp, but as I said earlier they are dispassionate, and many would argue, so they should be. The problem is, those who present opposition to these facts, claiming fake news, alternative facts, repression of free speech and political correctness gone mad are not dispassionate. They tap into emotions of fear, a sense of injustice, hate and then offer solutions which promise to alleviate these fears and make the world a better place. For those who are afraid, who feel their lives could be better, this will get their attention, more so than someone presenting facts, laws, and objective reviews of events.

A recent conference at De Montfort University, the Emotions and Criminal Justice conference, tackled this theme as to how the CJS needs to acknowledge the emotional impact of crime and justice, beyond the immediate victims and their family, to the wider public who read about cases. Professor Robert Canton in his presentation ‘Mending what has been torn: Reflections on emotions related to punishment and reconciliation’, outlined the need to understand the type of thinking which occurs when we hear about crime, and what people would consider to be an effective response. He stated ‘the separation of emotion and reason is a bad start…lets talk about emotions as well as reason.’ He cited feelings of anger and disgust against those who have wronged us, and it is these very feelings which Tommy Robinson taps into from his roving reporting on serious sexual assault cases. What is also interesting about this case is the emotions of Robinson’s supporters, that they disregard facts, or don’t know them in the first place, and instead go straight to the position of a sense of injustice, an unfair system and repression of free speech. On the one hand, the presentation of the facts in the report can easily be defined as reason, and the cries of injustice and repression from Robinson’s supporters across the globe, as emotion. But to those expressing this, they are perfectly within their rights, they are upholding this precious commodity of free speech, they are reasoned, right and need to be heard. The dispassionate fact checkers are almost spoiling their fun, tackling their misguided emotional response with reason, established laws and pointing out the flaws in their argument. In amongst all this thinking, I realised one other thing. The supporters of Tommy Robinson, via twitter, gained a lot of traction and attention about their ‘plight’, the report I found was something I came across and chose to watch as I follow Channel Four news, and, crucially, I wanted to know more about the facts of the case. So many people would not seek out such facts, and are all too comfortable to ignore the issue, have their prejudices and conspiracies confirmed and hang on to those initial emotional responses as the facts and explanations of the case. Before we all get too despondent, perhaps the signs are there, of recognising these views as part of our society, to grasp the significance of emotions in all of this, and just maybe, to ensure future generations don’t fall into the same traps.