There is newly released video evidence of Maud, as he was known to kin, minutes before he was shot to death during a so-called citizen’s arrest. On the video, Maud paused during his job, caught his breath, and for exactly six minutes can be seen on video surveillance surveying a neighborhood construction site shortly before he was killed by a “homegrown posse.” This is exactly as my husband would do along his jogs. 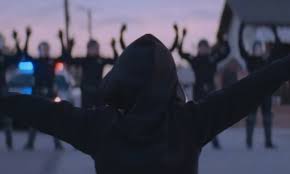 ‘Let’s get in Formation!’

My husband is fascinated with how things work, and how they are built. He can repair and engine, a toilet, a lawn-mower, locks, hinges, and plenty of things on our house. He got that from his daddy, who has an entire workshop in their basement dedicated towards up-keeping their home. He even made hubby and I a bench. My husband grew up in a German village believing that owning property was a communal enterprise. He certainly feels entitled to inspect any work that impacts the landscape of the hood. So now when he ‘inspects’ things, he behaves as if he has the right to know what’s going on in the world. I don’t have those rights.

A citizen’s arrest means an entitled citizen can stop and attain anyone whom they believe to be a criminal; legally they must have witnessed the crime. On the 9-1-1 call, Maud’s killers couldn’t even tell the emergency responder what crime they’d supposedly seen, nor were there records of these so-called string of break-ins that had allegedly occurred, justifying their anger and pursuit of the unarmed jogger. “Why make a citizen’s arrest when 9-1-1 was an available option?” emphasizes one cable news pundit during the rolling coverage of yet another Black boy slain. 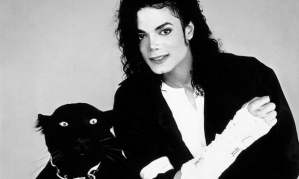 I hasten to think of how Fox News is covering this story. Does it matter that he was unarmed? So what if the law doesn’t consider Maud’s right to stand his ground? Why even mention that some neighbors regularly saw Maud out jogging? Who cares that Maud was loved? We’ll forget that Maud’s alleged crime does not fit the punishment. 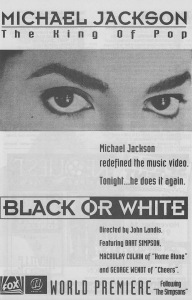 We make our own videos. Beyoncé’s controversial music video Formation ends in a back alley, a little Black boy slays a whole SWAT team in attack formation, with the graffiti: “Stop killing us” This directly echoes the censored ending to Michael Jackson’s 1991 Black or White video. After the music finishes, a black panther morphs into our hero, who then slays racist graffiti in the back alley of a fancy Hollywood studio. Ouch. Importantly, “as his skin became whiter, his work became blacker,” observed one Guardian writer 11 years after the singer’s tragic death. Jackson removed it and apologized after public outcry over his violence and crotch-grabbing. Maybe it reminded folks of a lynching!

-No justice, no peace.