Home » "Letters from America" » Are we really free?

Are we really free? 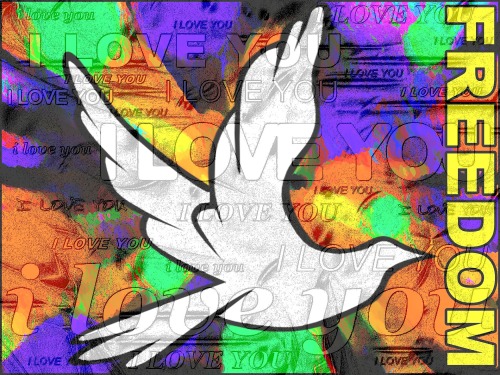 This year the American Society of Criminology conference (Theme: Institutions, Cultures and Crime) is in Atlanta, GA a city famous for a number of things; Mitchell’s novel, (1936), Gone with the Wind and the home of both Coca-Cola, and CNN. More importantly the city is the birthplace and sometime home of Dr Martin Luther King Jr and played a pivotal role in the Civil Rights Movement. Throughout the city there are reminders of King’s legacy, from street names to schools and of course, The King Center for Non-Violent Social Change.

This week @manosdaskalou and I visited the Center for Civil and Human Rights, opened in 2014 with the aim of connecting the American Civil Rights Movement, to broader global claims for Human Rights. A venue like this is an obvious draw for criminologists, keen to explore these issues from an international perspective. Furthermore, such museums engender debate and discussion around complex questions; such as what it means to be free; individually and collectively, can a country be described as free and why individuals and societies commit atrocities.

According to a large-scale map housed within the Center the world is divided up into countries which are free, partially free and not free. The USA, the UK and large swathes of what we would recognise as the western world are designated free. Other countries such as Turkey and Bolivia are classified as partially free, whilst Russia and Nigeria are not free. Poor Tonga receives no classification at all. This all looks very scientific and makes for a graphic illustration of areas of the world deemed problematic, but by who or what? There is no information explaining how different countries were categorised or the criteria upon which decisions were made. Even more striking in the next gallery is a verbatim quotation from Walter Cronkite (journalist, 1916-2009) which insists that ‘There is no such thing as a little freedom. Either you are all free, or you are not free.’ Unfortunately, these wise words do not appear to have been heeded when preparing the map.

Similarly, another gallery is divided into offenders and victims. In the first half is a police line-up containing a number of dictators, including Hitler, Pol Pot and Idi Amin suggesting that bad things can only happen in dictatorships. But what about genocide in Rwanda (just one example), where there is no obvious “bad guy” on which to pin blame? In the other half are interactive panels devoted to individuals chosen on the grounds of their characteristics (perceived or otherwise). By selecting characteristics such LGBT, female, migrant or refugee, visitors can read the narratives of individuals who have been subjected to such regimes. This idea is predicated on expanding human empathy, by reading these narratives we can understand that these people aren’t so different to us.

Museums such as the Center for Civil and Human Rights pose many more questions than they can answer. Their very presence demonstrates the importance of understanding these complex questions, whilst the displays and exhibits demonstrate a worldview, which visitors may or may not accept. More importantly, these provide a starting point, a nudge toward a dialogue which is empathetic and (potentially) focused toward social justice. As long as visitors recognise that nudge long after they have left the Center, taking the ideas and arguments further, through reading, thinking and discussion, there is much to be hopeful about.

In the words of Martin Luther King Jr (in his 1963, Letter from Birmingham Jail):

‘Injustice anywhere is a threat to justice everywhere. We are caught in an inescapable network of mutuality, tied in a single garment of destiny. Whatever affects one directly, affects all indirectly’