Chris is a BA Criminology graduate of 2017 and was motivated to write this blog through the experience of his own dissertation. His dissertation was on the Experience of Hate crime: Exploring professional perspectives of racist hate crime against ethnic minority. 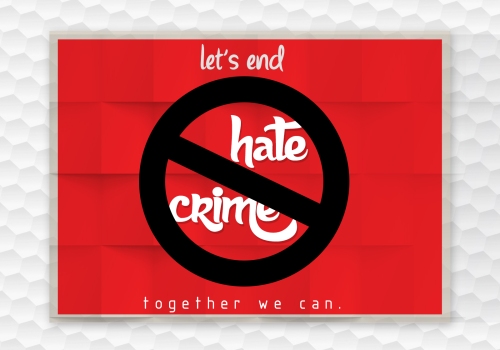 The issue of racially motivated violence against ethnic minority groups in the UK was an important focus of media discussion both during and after the referendum on leaving the EU. Hate crimes, in general, have often been a source of debate for legal theorists, academics, politicians, journalists and law enforcement officials. Many perceive it to be a crime that is usually driven by prejudice towards the victim. Professionals working in the field have therefore all made efforts to understand and address hate crime, as one of the most unpleasant manifestations of human prejudice.

As a research topic, racist hate crime within the UK has been widely explored ever since the unprovoked racist murder of black teenager Stephen Lawrence, who was stabbed to death in south-east London twenty-three years ago. His unfortunate death led to a determined campaign for justice by his family spanning many years. It is therefore argued that “Stephen’s death had come to personify racial violence in the UK”; the vigorous campaign by Stephen’s parents had since led to changes in the law and given a voice to victims of hate crimes.

The findings in my dissertation revealed that victims of racially aggravated incidents experience immense psychological and physical harm. In essence, racially motivated incidents harm society and destroy community cohesion among different ethnic groups. The racial abuse inflicted on victims often leaves them in constant fear that the incident may happen again. Eastern Europeans were particularly found to be prone to racial attacks following the decision of the UK to leave the EU. Racial violence is an ongoing social phenomenon, as incidents of such violence often seem to occur without end.

The data I collected suggested that victims of racist hate crime isolate themselves and adopt different ways to avoid direct contact with the offender; hence this creates barriers for the victim and their family members and may prevent them from using local amenities. Victims of racist crime would rather use the facilities of nearby cities or towns, and this further deepens their social isolation from the local community. Victims will constantly worry about where to socialise, which community to live in, which school their children should attend and where to work.

New victims are being targeted as a result of the recent arrival of refugees, asylum seekers and migrant workers from Eastern Europe. Indeed, migrant workers from the EU have suffered the greatest number of racial attacks in the past year. This has occurred in line with the view presented by some politicians in the media that the purpose of the EU referendum is to enable the UK to take control of its borders.

The issue of race and immigration has been shown to be consistent within the broader research literature on racist hate crime. Like wise, my dissertation findings also suggest links between race and immigration, as both of my participants did not generalise the concept of race. Instead, they discussed and associated it with ethnic minority groups or those deemed inferior by the dominant population. In other words, participants associated race with individuals that have experienced racial abuse and hostility by the host population.

Indeed, race and immigration have been socially constructed and this has reinforced stigmatisation towards already marginalised groups. In essence, there is very little political will to change or even challenge prejudiced and discriminatory views against foreigners. Racial violence is an ongoing social phenomenon, as incidents of such violence often seem to occur without end. A recent data recorded by the Crime Survey for England and Wales indicates that victims of hate crimes are more likely to be repeat victims and up to four times more likely to suffer more serious psychological impacts.

In sum, the data I collected towards my dissertation strongly suggests that victims of racially aggravated incidents undergo an immense amount of psychological and physical harm. The racial abuse inflicted on victims was found to leave an enduring impression of constant fear that the incident may happen again. Nevertheless, with one voice let’s end Hate Crime.