Home » Accountability » A crime, but who cares?

A crime, but who cares? 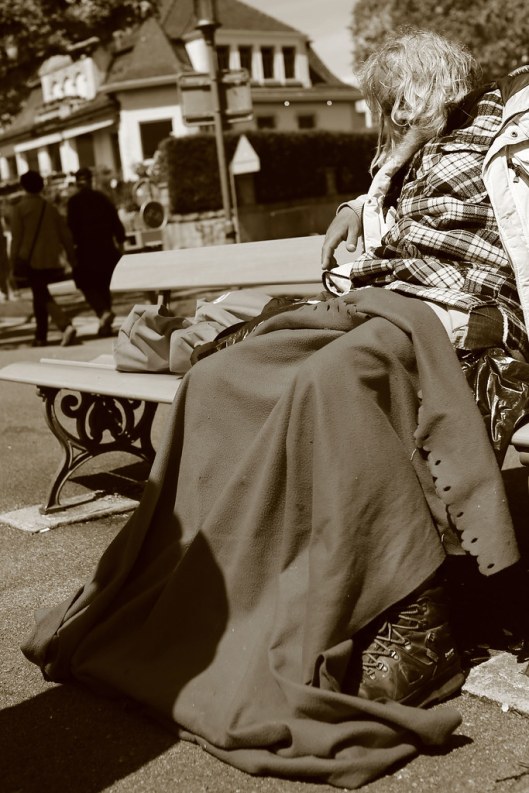 Amongst all the furore over Brexit, the European elections and the disintegration of the main political parties in the United Kingdom, a small but not insignificant news story crept into the news melee.

‘The number of physically disabled people affected by homelessness in England increased by three quarters during an almost 10- year period’ (BBC, 2019a, Ministry of Housing, Communities and Local Government, 2019).  It is not merely coincidental that the ‘almost 10-year period’ aligns with the austerity measures introduced by the coalition government in 2010. Measures, continuously pursued by the Conservative Government until October 2018 when Theresa May, the soon to be former prime minister, declared at a Tory party conference that austerity was over adding, ‘the end is in sight’ and there are ‘better days ahead’ (Independent, 2018a). Give her her dues, with the demise of the Tory party, the latter part was an insightful prediction.  Let’s not let the Liberal Democrats off the hook though, reluctant bedfellows they may have been in the coalition government, but bedfellows they were, and they had the power to vote down many of the Tory party dictats.  They may have curried favour with the electorate during the European elections, but we should not forget their part in the austerity measures.

Alongside the issues of homelessness, we see the use of foodbanks has increased phenomenally (Independent, 2018b), fuel poverty affects over 10% of English households (Independent, 2018c) and social care is collapsing (BBC, 2019b; Guardian, 2018).  To put it as simply as possible, the common denominator is the austerity measures introduced by government that directly impact on the most vulnerable in our so-called civilised society.  This and previous governments can point to the budget deficit, the ineptitude of the previous government and the economic downturn caused by the banking crisis (The Economist, 2013), but how do they justify the impact of their policies on the disadvantaged and those who can least afford any cuts?  Bizarrely, the least vulnerable have seen little or no impact on their standard of living other than perhaps for the middle classes there is the monotonous moan about access to doctors or dentists in a timely manner (the rich don’t even have to worry about this).

In my visits around schools I discuss what we mean by the term crime. Reiner (2007:21) states that ‘[t]he term ‘crime’ is usually tossed about as if it has a clear and unambiguous meaning’, but nothing of course is further from the truth.  One of the key ideas I posit is that of harm caused. This of course has its own problems in terms of definition and scope, but it does allow one to focus on what is important. If harm done is a measure of crime, or crime is defined by the harm done then we begin to see the world, actions by government, institutions and individuals in a different light.  With this notion in mind, we can start to ask when and how do we bring the greedy and those that abuse their power either intentionally or recklessly to book?  Maybe, just as Boris Johnson might well be prosecuted for misconduct in a public office over the alleged lies, he made relating to Brexit (BBC, 2019c), we might see ministers held to account for decisions they make that have catastrophic consequences for thousands of the most vulnerable in society.

Independent (2018a) Theresa May declares ‘austerity is over’ after eight years of cuts and tax increases, (3 Oct. 2018), [online] Available at www.independent.co.uk/news/uk/politics/theresa-may-austerity-end-over-speech-conservative-conference-tory-labour-a8566526.html [accessed 30 May 2019].

Independent (2018b) Food bank use in UK reaches highest rate on record as benefits fail to cover basic costs (24 April 2018) [online] Available at www.independent.co.uk/news/uk/home-news/food-bank-uk-benefits-trussell-trust-cost-of-living-highest-rate-a8317001.html  [accessed 30 May 2019].

The Guardian (2018) The social care system is collapsing. So why the government inaction? (3 Oct. 2019) [online] Available at www.theguardian.com/commentisfree/2018/oct/03/social-care-collapsing-government-inaction [accessed 30 May 2019].

Like Loading...
By 5teveh in Accountability, Age, Austerity, Brexit, Class, Conservative, Crime, Criminality, Criminology, Current Affairs, Disability, Food banks, Homelessness, Injustice, Mental health, Society, Theresa May, Vulnerability, Zemiology on May 31, 2019.
← Who cares what I think? Animal therapy in prisons – a loyal friend where it is needed most →