Home » Conscience » How do you punish the incorrigible?

How do you punish the incorrigible? 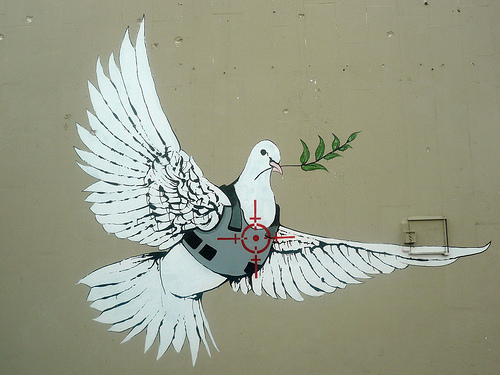 This week saw the (very low key) commemoration of International Conscientious Objectors Day (15 May) which got me thinking about a number of different contemporary issues. Although the events which I describe happened a century ago, the criminalisation, and indeed, punishment of conscience has never truly been resolved.

Conscientious objection in the UK first came to the attention for most after the passing of the Military Services Act 1916. This legislation allowed for the conscription of certain categories of men into the military. The enactment of this law enabled men to be forcibly coerced into military service regardless of their personal and individual aspirations. Subsequent to this, further legislation was passed (Military Training Act 1939, National Service (Armed Forces) Act 1939, National Service Act 1948) continuing this system of coercive enlistment into the military. By default, such legislation also laid the foundations for conscientious objection; after all, without such coercion there is no need to register dissent, simply don’t enlist in the military.

During WWI (and for some considerable time after) Conscientious Objectors [COs] were bullied, cajoled, ridiculed and stigmatised, not to mention, incarcerated, multiple times. In one horrific incident it was alleged that COs were driven to the trenches of France and threatened with a firing squad if they did not comply. Despite this type of treatment the vast majority of COs continued to resist, strongly suggesting that their conscience, moral compass or faith was far stronger than anything the state could throw at them.

In the UK the individual and collective dilemma of the conscientious objector has largely faded into history; although the same cannot be said internationally (for instance; Greece, Israel and the USA). However, their very existence and that of other non-conformists (at different times and places) raises questions around the purpose and supposed effectiveness of incarceration.  In essence; what do we do when the “deviant” refuses to conform, how far are we prepared to go, as a society to punish the incorrigible and persistent offender and what do we do when nothing seems to work?

We could attempt the practices used with the WWI COs and keep convicting whilst ratcheting up the tariff of their sentence each time. However, we know from their experiences that this appeared to consolidate their objections and harden their resolve. We can try and talk to individuals in order to help them see the “errors of their ways” but given the conviction held by COs, that the war was fundamentally at odds with their belief system, this is also likely to fail. We could try punishment in the community, but for many of the COs anything which they felt compromised their standpoint was equally resisted, making any such approach also likely to be unsuccessful.

Although the “problem” of the COs no longer exists in 21st century Britain, other individuals and groups have filled the space they have vacated. We could replace the COs with the Black civil rights movement (think Rosa Parks or Martin Luther King) or other protests (think “Tank Man” in  Tiananmen Square or Ieshia Evans in Baton Rouge) or those deemed traitors by many (as were the COs) , such as Chelsea Manning, Julian Assange and Edward Snowden. The question remains: is it possible to rehabilitate the heart and mind of someone who is so clear as to their moral standpoint and committed to doing what they perceive to be “the right thing”?

Like Loading...
By Paula Bowles in Conscience, Conviction, Crime and Punishment, Criminology, Current Affairs, Military, Pacifism, Prison, Protest, Resistance on May 19, 2017.
← The criminology of real life What’s That Got to do With Criminology? →