You’re never too old to learn 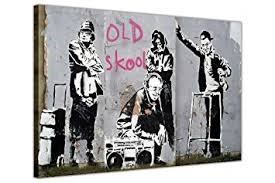 Early 2017 the University of the Third Age (U3A) in Market Harborough asked me to give a talk to retired and semi-retired people on ‘The state of the prison system today’. Obviously this is a huge topic and they hoped that I’d include sentencing, courses, attitudes of people, lives and challenges faced, family connections, rehabilitation, demographics and more, in short everything I knew. Making this more of a challenge I was only given 30-40 minutes to talk, rather than a whole day which might have been more feasible. Anyway, I accepted the challenge and on 13 April 2017 I addressed a small group from a range of backgrounds. Unlike a classroom, it is difficult to predict the response you might get, I knew some would challenge my opinion on the prison system and I was not disappointed. At first the group sat quietly and simply absorbed my brief history of the prison system, nodding in places and jotting down a couple of notes. This changed dramatically when I challenged media constructed images of ‘prison being a holiday camp’ and the appropriateness of prison as punishment. Clearly some in the group had been victims so the discussion quickly turned to a punitive knee jerk reaction to all offenders. Underpinning this was a sense of fear, social unrest, and helplessness where crime was concerned. As you might expect comments like ‘in my day a bobby would have clipped you around the ear and taken you home to your parents for a good talking to’, closely followed by ‘parents of today have no control over their children’ or ‘where has the respect and discipline gone, bring back national service’. Whatever the tone, the group was clearly passionate about issues of crime and the ‘state of the prison system’, actively contributing to the discussion. When I led them towards issue of socio-economic conditions, a lack of opportunities, and the impact that prison had on these problems their empathy started to emerge. At this point I was asked the most difficult question of all ‘what is the answer, what can we do? My response was a simple one; try not to judge, put yourself in others shoes, consider carefully who you vote for, and most importantly don’t believe everything the media tells you. In essence I left them with more questions than answers but also a spark in their eye. They were hungry for more, they were hungry for action, and they wanted to be part of the solution. This led me to reflect on two things; firstly the pure joy I felt discussing prisons with a group of people who were fully engaged and curious about the topic area, and why most of our own students don’t exhibit the same level of enthusiasm. Secondly, the lack of fear I experienced in both the preparation and delivery of this talk. This made me think back to my own student years and a conversation I had with a lecturer who said that he’d put together his lecture on the train. At the time I thought this reflected his lack of interest in what he was delivery and I’m ashamed to say, a degree of laziness, however this experience has led me to reconsider my judgement.  For instance, had I been asked to do this talk a few years ago I would have probably spent days, maybe weeks agonising over what I would say, writing copious notes, and shaking all through the delivery. The reality is that I spent a couple of hours that morning putting some points together and experienced no nerves at all. In short, I realised that I know a lot more than I thought I did, and my nerves are somewhat a result of not knowing my audience. I knew this audience would be engaged rather than sitting there stone faced or playing on their phones. This leads me to surmise that while I agreed with New Labour’s idea that education should be open to everyone, I no longer believe that that should include university. Too often I’m faced with people who do not want to be at university, or those that simply see it as logical progression, rather than the eager faces of those who want to learn, who are curious and passionate about the world, and make you leave a class with a feeling of elation rather than despondency. In short, the more enthusiastic the audience, the more enthusiastic the lecturer.

Like Loading...
By Michelle Jolley in Academia, Crime and Punishment, Criminology, Penology, Prison, Teaching on June 8, 2017.
← Safe data: your inside leg measurement is? Terrorism? No thank you →