Home » Abstinence » The Commodification of Abstinence

The Commodification of Abstinence 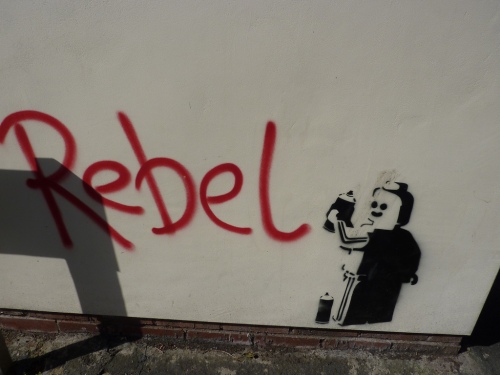 The inspiration for this short blog post comes from an incredibly stimulating discussion with some of my second year students studying the criminology module ‘Outsiders’. In class we were discussing how rather than constituting active forms of rebellion that resist the mainstream, various ‘trendy’ acts of so-called deviance, such as graffiti, parkour and ‘rooftopping’, have actually become absorbed into the mainstream consumer culture. Following this we began to discuss ‘new’ ways of resisting. Amongst the ideas offered was the notion of somehow disconnecting ourselves from the now ever-present network of social media and its frequent and avid advertisement of consumer items. Interestingly, having already discussed the tendency for social media’s ‘revolutionary potential’ to be integrated within rather than threaten capitalism (Crary 2013), this proposed disconnect would also require avoiding the latest online driven micro-revolution. The result of this discussion was the idea of ‘going mobile free for a week’.

The problem with this proposed ‘period of abstinence’ is that it becomes another micro-revolution that simply represents a new opportunity for commodification. This is because capitalism has the uncanny ability “to incorporate every attack by integrating the attack into the system” (McGowan 2016:12). It does this by taking the seemingly revolutionary practice and transforming it into a marketable commodity. With this in mind, we started to consider how such periods of abstinence would be integrated and commodified. It was suggested that a number of high-street retailers such as Game and HMV would perhaps have preparatory sales the week before to help us cope with the inevitable upset of ‘going mobile free for a week’. Similar offers would no doubt be made by a range of other providers; why not get into cycling, mountain climbing, or Zumba? That is after buying all the essential gear and merchandise of course. Then, once this period of abstinence is over, what better way to show how ‘resistant’ you were than by posting pictures of, or tweeting about, all the things you got up to during this ‘rebellious’ period; thereby further contributing to the marketing of consumer items.

Rather than representing some form of resistance then, this period of abstinence becomes commodified and successfully integrated into contemporary consumer capitalism. This does not mean that there is no alternative to capitalism, it simply means that if we wish to make a genuine attempt at resistance we should avoid being absorbed or forced into the next ‘trendy’ micro-revolution or simulated rebellion (Hall et al. 2008). Precisely how we do this is of course another matter entirely.

Like Loading...
By justinkotze in Abstinence, Commodification, Criminology, Protest, Resistance, Teaching on March 16, 2017.
← (The Absence of) Technology in the Classroom Who am I? Single Parent vs Academic →