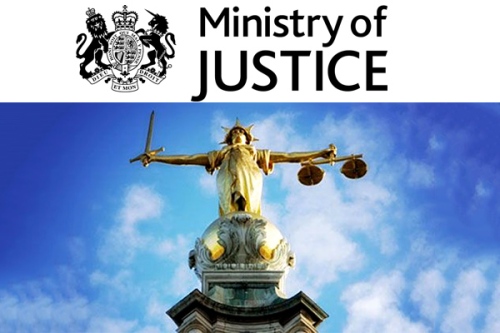 The plight of women in prison aptly demonstrates some of the issues I have with our current government. There seems to be a pattern of u-turns, postponing on strategies and little remorse or concern shown for the impact of these decisions. Now I don’t know if this is to do with focus on Brexit, or some other reason that only those in the corridors of power can know. What I am concerned about is the cavalier way this government back tracks and displays levels of incompetency that anyone else would be sacked for. I am concerned because these tactics affect lives, they impact on people’s health wellbeing and survival. Women in prison suffer disproportionately compared to men, and it seems, they are easy target to disregard. They are also a prison population which is predominantly low risk and would benefit from assistance, welfare and support, much more so than punishment and retribution. By the way, I also firmly believe there are plenty of male prisoners and young offenders in the same boat – as do others. Women in prison, including those who are also mothers (up to 66%) (Epstein, 2014) do however face greater impact for a variety of reasons. It is these reasons which make the recent announcement by the Ministry of Justice to postpone plans to reduce the female prison population all the more galling.

An article in the Guardian states ‘women account for 5% of the prison population of in England and Wales but have much higher rates of deaths, suicide attempts and self-harm than men’ (Syal, 2018). The focus of the multimillion pound government strategy to reduce the number of women being imprisoned for non-violent offences was to set up community prisons and provide more support for female offenders. The postponement was reported to be due to spending pressures, which is also affected spending on the prison system more widely. This is a strategy which has been developed over several years and this postponement must surely test the patience of those reformers who have campaigned for this change. Indeed, Peter Dawson, the director of the Prison Reform Trust has expressed disbelief that a strategy which had widespread support is being treated in this way. He also added that to cite the postponement as an issue with cost is contradictory, given better support in the community and the aims of the strategy to reduce the numbers of women in prison would actually reduce costs to the Ministry of Justice. Women prisoners have complex needs, with mental health issues, abuse, debt, homelessness, poor education as well a significant number having child care responsibilities and with a prison sentence, facing the very real prospect of losing their child to the social care system (Baldwn, 2017).

The MoJ strategy embraced multi-agency working and even found a way to navigate achieving its aims under the current Transforming Rehabilitation arrangements, with the National Probation Service working with the police, mental health charities and courts to co-ordinate better support services and better arrangements to help women due for release. The need for this was clear as a report by Inquest (2018) showed that 116 women died post release during 2010-11 and 2016-17. In addition to increased incidences of self-harm and suicides, and given that 84% of women are imprisoned for non-violent offences (ibid), it was clear that not only should something be done, but also that something could be done. The benefits were evident in saving money, reducing risks to women prisoners and not compromising on public protection. The report by Inquest (2018) also shows that the disproportionate number of women on short term sentences (62%) reiterates the need to reduce this, given the disruptive effects on housing, jobs and childcare. Deborah Coles of Inquest suggest this postponement by the MoJ will costs lives and that the harms of the justice system to women need to be acknowledged.

This need for change is also supported by the Magistrates Association, who also report that help and support is much more effective than short term sentences. Given this arena is where the decision to sentence occurs, it is an important move to get magistrates thinking differently about the delivery of justice. This is not just about considering community sentences, but also to consider how the court room can be a place for different approaches to those offenders – male or female – who present complex needs, experiences of abuse and discrimination and who require more than stern words and retributive acts of punishment.

There have long been concerns about the rising numbers of female prisoners, given that this is attributed to increasing punitiveness in sentencing decisions (Hedderman, 2004). There is a strong case for using community sentencing where this is appropriate (Corston, 2007; Prison Reform Trust 2011; Baldwin, 2015), i.e. for non-violent and low risk offenders. This is evidence from campaigns (e.g. from the Howard League for Penal Reform, the Prison Reform Trust, Women in Prison, Make Justice Work) to reduce the use of custody more generally, but especially for women and mothers who break the law. A recent edited text on the plight of mothers in prison further emphasises the need for a different approach (Baldwin, 2015). It collates contributions from academics and practitioners working within the prison system, managing the needs of mothers and mothers to be, as well as those research these issues (e.g. Baldwin, 2015; Epstein, 2012; Minson 2014). A core theme is that short term sentences create a narrative of continuing disadvantage, felt for generations (Baldwin, 2015). It also demonstrates the long-term effects of the imprisonment of mothers, as a ripple effect which impacts the mother, their child, other family members for a length of time way past the length of the sentence – what Baldwin (2015) has referred to as a ‘sentence which keeps on punishing’. This text reiterates the potential for change starting with the courts, where different approaches would have a lasting impact and lead to more positive outcomes.

This is just the tip of the iceberg in terms of evidence which shows a different way to deal with offenders is possible, the evidence is there, the options are there and until recently, some degree of political will and investment was also there. I hope this is a postponement and not just another broken promise. This seems to be a pattern for this government, and there seems to be no one holding them to account when such decisions are made. It may well be because the prison population is a group we can all too easily disregard. However, given that these are people who have faced a life of disadvantage and whose reformation would benefit all of us who wish to feel safe in our communities, this view is misguided. The problem is, it seems it is all too easily accepted.

Corston, J. (2007). The Corston Report: A report by Baroness Jean Corston of a Review of Women with Particular Vulnerabilities in the Criminal Justice System. London: Home Office.

Epstein, R. (2014). Mothers in Prison:  The sentencing of mothers and the rights of the child, Howard League What is Justice? Working Papers 3/2014, Howard League for Penal Reform.

Minson, S. (2014). Mitigating Motherhood: A study of the impact of motherhood on sentencing decisions in England and Wales, Howard League for Penal Reform, London.

Like Loading...
By teachingcriminology in Criminology, Ministry of Justice, Prison on May 4, 2018.
← Social Media – Friend or Foe? (In)Human Rights in the “Compliant Environment” →