And time waits for no one, and it won’t wait for me* 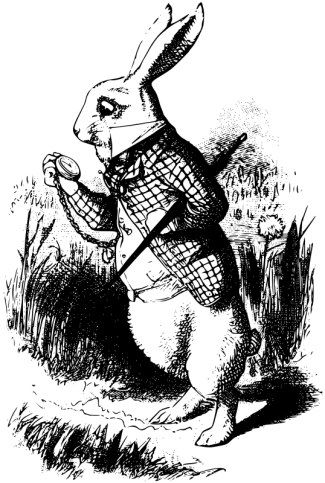 Last week in my blog I mentioned that time is finite, and certainly where mere mortals are concerned. I want to extend that notion of finite time a little further by considering the concepts of constraints placed upon our time by what might at times be arbitrary processes and other times the natural order of things.

There are only 24 hours in a day, such an obvious statement, but one which provides me with a good starting point.  Within that twenty fours we need to sleep and eat and perform other necessary functions such as washing etc.  This leaves us only a certain amount of time in which we can perform other functions such as work or study.  If we examine this closer, it becomes clear that the time available to us is further reduced by other ‘stuff’ we do.  I like the term ‘stuff’ because everyone has a sense of what it is, but it doesn’t need to be specific. ‘Stuff’ in this instance might be, travelling to and from work or places of study, it might be setting up a laptop ready to work, making a cup of coffee, popping to the toilet, having a conversation with a colleague or someone else, either about work or something far more interesting, or taking a five-minute break from the endless staring at a computer screen. The point is that ‘stuff’ is necessary but it eats into our time and consequently the time to work or study is limited. My previous research around police patrol staffing included ‘stuff’, managerialists would turn in their graves, and therefore it became rapidly apparent that availability to do patrol work was only just over half the shift. So, thinking about time and how finite it is, we only have a small window in a 24-hour period to do work or study. Reduced even further if we try to do both.

I mentioned in my previous blog that I’m renovating a house and have carried out most of the work myself. We have a moving in date, a bit arbitrary but there are financial implications of not moving in on that date, so the date is fixed. One of the skills that I have yet to master is plastering.  I can patch plaster but whole walls are currently just not feasible. I know this, having had to scrape plaster from several walls in the past and the fact that there was more plaster on the floor and me than there was on the wall. I also know that with some coaching and practice, over time, I could become quite accomplished, but I do not have time as the moving in date is fixed. And so, I employ plasterers to do the work.  But what if I could not employ plasterers, what if, I had to do the work myself and I had to learn to do it whilst the deadline is fast approaching?  Time is finite, I can try to extend it a little by spending more time learning in each 24-hour segment but ‘stuff’, my proper job and necessary functions such as sleeping will limit what I can do.  Inevitably the walls will not be plastered when we move in or the walls will be plastered but so will the floor and me.  I will probably be plastered in a different sense from sheer exacerbation.  The knock-on effect is that I cannot move on to learn about, let alone carry out, decorating or carpet fitting or floor laying or any part of renovating a house.

As the work on the house progresses, I have become increasingly tired, but the biggest impact has been that my knees have really started to give me trouble to the extent that some days walking up and down stairs is a slow and painful process.  I am therefore limited as to how quickly I can do things by my temporary disability.  Where it took me a few minutes to carry something up the stairs, it now takes two to three times the amount of time. So, more time is required to do the work and there is still the need to sleep and do ‘stuff’ in a finite time that is rapidly running out.

You might think well so what? Let me ask you now to think about students in higher education. Using my plastering skills as an analogy, what if students embarking on higher education do not have the basic skills to the standard that higher education requires?  What if they can read (patch plaster) but are not able to read to the standard that is needed (plastering whole walls)?  How might we start to take them onto bigger concepts, how might they understand how to carry out a literature review for example? Time is not waiting for them to learn the basics, time moves on, there is a set time in which to complete a degree. Just as I cannot decorate until the walls are plastered so too can the students not embark on higher education studies until they have the ability to read to a requisite standard. So, what would the result be? Probably no assignments completed, or completed very poorly or perhaps, just as I have paid for plastering to be done….

Now think about my temporary disability, what if, like me, it takes students twice as long to complete a task, such as reading an article, because they have a disability? There is only so much time in a day and if they, like everyone else, have ‘stuff’ to do then is it not possible that they are likely to run out of time?  We give students with learning difficulties and disabilities extra time in exams, but where is the extra time in the course of weekly learning? We accept that those with disabilities have to work harder, but if working harder means spending more time on something then what are they not spending time on? Why should students with disabilities have less time to do ‘stuff’?

The structure and processes within HE fails to take cognisance of time. Surely a rethink is needed if HE is not to be condemned as institutionally failing those with disabilities and learning difficulties.  Widening participation has widening implications that seem to have been neglected.   I’ll leave you with those thoughts, a quick glance at my watch and I had best go because in the words of the white rabbit, ‘Oh dear! Oh dear! I shall be late’ (Carroll, 1998: 10).

Carroll, L. (1998) Alice’s Adventures in Wonderland and Through the Looking-Glass: The centenary edition, London: Penguin books.

Autism: Police discretion and decision making in an uncertain environment

July 24, 2018 11:00 / 1 Comment on Autism: Police discretion and decision making in an uncertain environment 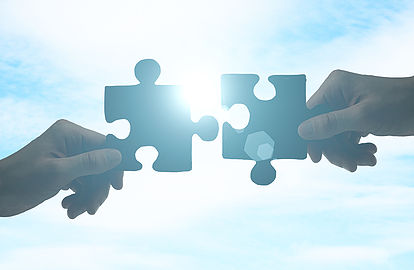 A question that always strikes when discussing my dissertation topic is why did I chose that particular area to research – is it a topic that I was passionate about, or was it my personal life experience that lead me into that field? The answer to these questions is quite simply, no. In fact, it was a topic I accidentally fell into after reading existing research on the area for one of my other modules in second year. Intellectual disabilities within the Criminal Justice System are quite often misunderstood, and as with all academics, the more I read the more questions I had. Taking this topic at face value, the field is extremely vast, therefore after taking some time to digest many angles of research I narrowed my topic down into two areas. Firstly, an institution that I have always been interested in, policing, and one intellectual disability in particular, autism (ASD).

To give you a brief background; the examination of the relationship between criminal offending and intellectual impairments is proved as complex and problematic. This is due to the issues associated with the definition of intellectual disability, as well as the contribution of unreported crime which means researchers can only examine individuals who are currently involved in the criminal justice process (Talbot, 2007). From a policing perspective, these complexities and concerns increase in terms of conflicting procedures and relevant training which can later impact levels of service and effective results (Mercier, 2011). Amongst academic literature, it is evident that contemporary policing institutions are subject to increasing budget cuts which means that police staff must exercise discretion in processing large amounts of work with inadequate resources, in which shortcuts and simplifications are made (Lipsky 2010; Loftus 2012). This is highly problematic as policies have a tendency to occupy a one size fits all approach. In effect, this becomes increasingly difficult when dealing with individuals with autism, as increased support and time is needed to sufficiently deal with vulnerable groups.

In terms of Autistic Spectrum Disorder (ASD), this is a common form of learning impairment which can affect patterns of behaviour within a social setting. Autism is characterised by a triad of impairments, which includes difficulties in social interactions, communication and repetitiveness in daily activities (Roth, 2010, p.6). The varying expression and severity of these characteristics means that autism is recognised into sub-types, and therefore, is also considered as a spectrum disorder (King and Murphy, 2014).

On the occasions that an individual with ASD comes into contact with the police and wider criminal justice services, it is normally a result of their social and communication skills being misunderstood which means that they are not given the appropriate support (Cockram, 2005; Tucker et al, 2008). Research suggests that autistic individuals are likely to become extremely distressed in unfamiliar, confusing and loud situations whereby their actions and behaviour can be easily misinterpreted and subsequent actions could escalate the situation (Hayes, 2007). Complimented by the current implications previously discussed that are faced by the police and wider services, it is no surprise that there are issues and concerns surrounding police responses and decision-making processes towards the ASD community. After personally interviewing police constables and custody officers from Northamptonshire Police to investigate the initial responses when dealing with such individuals; the realities of such dilemmas were highlighted.

After now completing my studies with First Class Honours, I am now fortunate enough to work for The Appropriate Adult Service (TAAS) where such theoretical standpoints are often presented to me in a practical environment. From a personal judgement, Appropriate Adults can be easily dismissed, but just being a friendly face who can help and support a vulnerable person within a custody setting is far more rewarding than meets the eye. In fact, it is my dissertation itself that has lead me into this career and has now also given me a thirst for further study in my chosen research area.