Thinking “outside the box”

Having recently done a session on criminal records with @paulaabowles to a group of voluntary, 3rd sector and other practitioners I started thinking of the wider implications of taking knowledge out of the traditional classroom and introducing it to an audience, that is not necessarily academic.  When we prepare for class the usual concern is the levelness of the material used and the way we pitch the information.  In anything we do as part of consultancy or outside of the standard educational framework we have a different challenge.  That of presenting information that corresponds to expertise in a language and tone that is neither exclusive nor condescending to the participants.

In the designing stages we considered the information we had to include, and the session started by introducing criminology.  Audience participation was encouraged, and group discussion became a tool to promote the flow of information.  Once that process started and people became more able to exchange information then we started moving from information to knowledge exchange.  This is a more profound interaction that allows the audience to engage with information that they may not be familiar with and it is designed to achieve one of the prime quests of any social science, to challenge established views.

The process itself indicates the level of skill involved in academic reasoning and the complexity associated with presenting people with new knowledge in an understandable form.  It is that apparent simplicity that allows participants to scaffold their understanding, taking different elements from the same content.  It is easy to say to any audience for example that “every person has an opinion on crime” however to be able to accept this statement indicates a level of proficiency on receiving views of the other and then accommodating it to your own understanding.  This is the basis of the philosophy of knowledge, and it happens to all engaged in academia whatever level, albeit consciously or unconsciously.

As per usual the session overran, testament that people do have opinions on crime and how society should respond to them. The intriguing part of this session was the ability of participants to negotiate different roles and identities, whilst offering an explanation or interpretation of a situation.  When this was pointed out they were surprised by the level of knowledge they possessed and its complexity.  The role of the academic is not simply to advance knowledge, which is clearly expected, but also to take subjects and contextualise them.  In recent weeks, colleagues from our University, were able to discuss issues relating to health, psychology, work, human rights and consumer rights to national and local media, informing the public on the issues concerned.

This is what got me thinking about our role in society more generally.  We are not merely providing education for adults who wish to acquire knowledge and become part of the professional classes, but we are also engaging in a continuous dialogue with our local community, sharing knowledge beyond the classroom and expanding education beyond the campus.  These are reasons which make a University, as an institution, an invaluable link to society that governments need to nurture and support.  The success of the University is not in the students within but also on the reach it has to the people around.

At the end of the session we talked about a number of campaigns to help ex-offenders to get forward with work and education by “banning the box”.  This was a fitting end to a session where we all thought “outside the box”.

Reflection: From student to professional 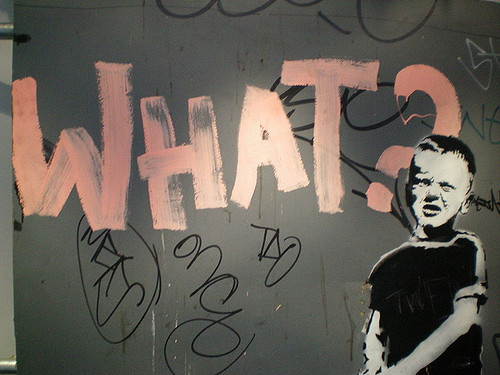 I graduated in July 2017 with a Criminology BA from the University of Northampton with a 2:2. In university I did two research placements at youth offending services and from there realised that this is what I wanted a career in.

I applied for a job in the Youth Offending Service with little belief that I could get the job. However I was offered the job and started working from September. As it nears to my first year being completed I have reflected on the transition from student to professional.
The past year has been a rollercoaster and I have a steep learning curve through this. University life especially all the deadlines and time management required only scratched the surface for what awaited me in the world of work.

One thing I wasn’t fully prepared for was the difficulties faced as a young professional. particularly when you’re the youngest member of staff by around 8 years. Many people do not take you seriously when you first start and it takes a while to ‘prove yourself’ as a professional to colleagues, other agencies and to the service users. I have even been mistaken for a young person when out on reparation (like community service) so it has been hard overcoming these barriers.

A positive is working with young people and I am enjoying this immensely. My job role means I work with low level offenders and prevention work with young people and this seems to be successful for most young people to avoid the criminal justice system. However I support those on higher orders as well as assisting on Reparation; so doing things like gardening, painting and decorating, to indirectly repair the harm caused. It’s great fun!

Restorative justice, something I learnt about at university, is something that as a youth offending service we try to incorporate with every young person we work with. Restorative justice is not at the forefront of all professionals however I’ve seen the benefits it can bring to both offender, victim and those indirectly affected by this.

I think the main points I’ve learnt over this past year is even after university you are constantly learning and that education doesn’t finish once you graduate. Alongside this is to go for it… no matter whether you think you will achieve it or not, we all have to start somewhere.